NO (FIXED) PATH NO (FIXED) SELF
Since everything is without substance, sustain the joke of the absurd.

It requires no effort for us to become selfless.

Buddhism is nothing but seeing the mistake we are making.

Seeing that one cannot see the absence of things is true seeing...

Consciousness is incomprehensible to itself. By realizing that, at that point, consciousness becomes at ease.

You must understand fully the working of self-power.

​See the false as the false. This must go on all the time.

If a person looks concerned, worried, and sorrowful, he is certainly a person who blindly overestimates his own abilities.

No practice is true practice. No Dharma is true Dharma. No liberation is true liberation.

What you are looking for does not exist.

The unitary movement is not something which you can experience.

​To us humans, the true [Buddha] Land is given to our instinct: therefore, we lack nothing. 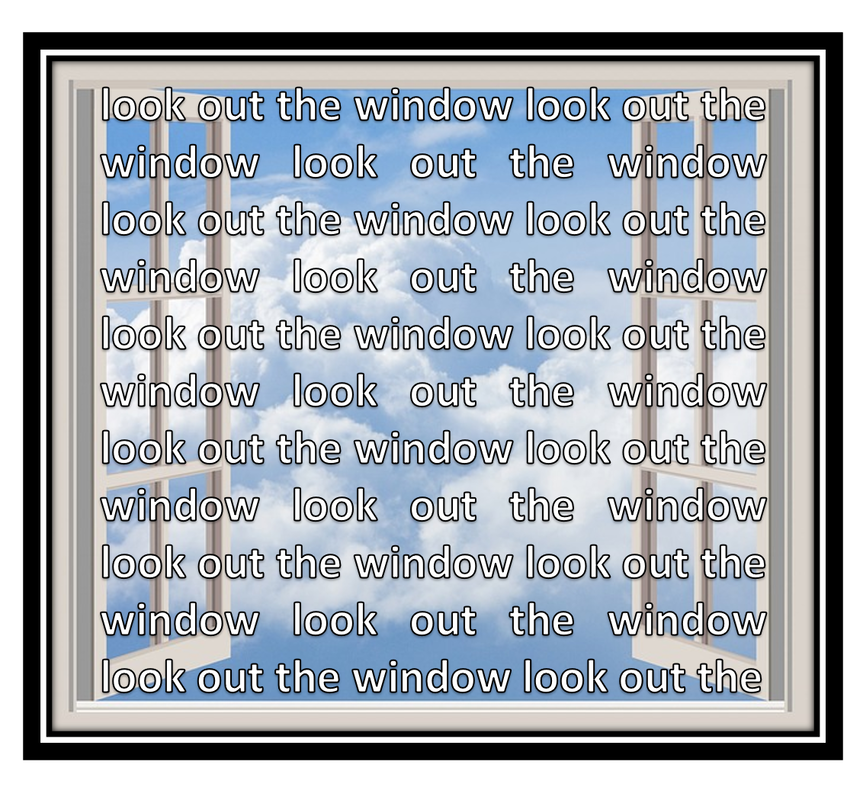 On Error Isle every wrong is right.

That small, dense pain is the air-pocket.

​Avoid it and suffocate.

​This is the whole ball of wax
​
the word
the tome
the oeuvre
the tablet
the wafer...
​
“This”: where the No dies of exposure.

If I wait for conditions to be such so I can chill, conditions will never be such.

I abandon this mind and don’t.

This view is beside every point.

​The wordless teaching comes from the belly in waves of mad unhindered neutrinos — unhindered by mind.

Imagination: below. Awakeness: above.

My species will not fully emerge.

In the backseat: imaginings.

​Keep your eyes on the road!

Your boot-print “No” is stamped into my chest.

I cough and it falls out.

There is the vast uncontained container, and there is the small internal spigot.

This tight spigot keeps internals from reuniting with externals.

There is a fear of personal gore.

​Ice is water. Ones are zeros.

If you insist that parts ultimately disappear, then they must be composed of disappearance.

The chemical compound I am will react.

​Between reactions, I’m a fucking saint.

Inward pain-making: I don’t need to think about it, I just need to see it.

​Thinking about it is inward pain-making.

When I say “gut-feeling” I’m not talking about a hunch. I’m talking about this acute feeling, now, in the gut, of which hunches are mere echoes or winds.

​Which one gives me a hangover?

Hold your breath and dive into mentation.

Then you’re some other diver’s nightmare.

Peace is on the surface. Test this. Go deep.

The big private AHA! — is nothing. Really something are the tiny public ones that poke each point in spacetime.

While engaging in arguments and agreements, I lose. That is the rule of engagement.

Awareness of the sameness of objects and emptiness doesn’t propel mind onto objectifying tangents, it forgives them.

The obvious unmissability of life combined with the impossibility of thingness expose this inerrancy, this freedom to err.

The belly of despair is thought-drenched, sodden. This belly is in the head.

“I must either be the creator of thoughts, or their recipient.”

The real purpose of listening to the anti-Dharma?

To be shocked out of reverie.

​We are prey to our own predation, until we see it.

The substantializing compulsion is a cognitive-emotional cramp-spasm with neonatal roots.

What I’m trying to say is, thoughts do not presently exist.

(I know what you’re thinking but you’re wrong. It’s “manic” to assert and reassert the contrary.)
​
*

My tally clicker zeroes out every time I click it.

When the mirror becomes a window my eyes have already jumped.

​Infinity is a twisted circle.

Inward-turning mind is outbound, too.

I count my curses for they are blessings.

“The worse the better.”

I could die here, now, in this state of ordinary flummox.

The dynamic of the vital punchline is release.

Art should kick you back into the street.

Dharma catch-and-release is found in the bellows of the torso.

“Please let me be myself?”

(No one who waits for permission is allowed.)

The stuckness-illusion floats in a realm of no actual points of contact.

What’s broken through/leapt over is the presumption.

The presumption has no basis in fact so it filibusters.

False self is not an entity but an activity called “attaching.”

True self is the omnipresent absence of attachables.

Why discriminate against spiritual dropouts? Are we untouchable? Subhuman? You should see our failure as proof of your lofty “non-duality,” your classless, heaven-on-earth ideal. We bring it home!

How many events comprise a single event?

There’s “a crack in everything / That’s how the light...”

Take one of your pixels. Note its two relative immensities (macro, micro). Note that all of its boundaries are links. Note the speed of its (de)composition. Note the absence of fixedness.

The purpose of this exercise is to lose weight and work up an appetite.

If I could only say it, I could save the world.

​There are no wrong turns in paradise.

Discussing with a friend how ill-equipped or unequipped we are to know the essence...

Stasis is pain, then death. Better to unleash your antics.

​“Simply stay in yourself. You will find it nowhere else.” (Longchenpa)

When you learn through experience that you can and will return to wholeness, you stop clinging to the fear of being crazed into pieces.

It will happen. So what.

Completeness is the basic torso.

As a matter of convenience, your own heart is the gate.

Would you be so kind as to open it?

Knowing it’s shut is the key.

“We’ve traced the call. It’s coming from inside the house.”

​The good news is, the external menace is dead.

I depart heaven to return to hell because it’s the gate to heaven.

I’m trying to get cured of the poison. But this trying-to-get-cured poisons.

Conceptual grasping is an attempt to depart the Buddha’s wisdom.

​When the pain is relinquished so is separation.

The unconscious attempt to form an exoskeleton is ongoing.

Accretions of greed and self-protection are busy constructing that very self.

It is caused to claim that it is cause.

We are people of great depth. Pity.

I want to abolish my doubt. I want to achieve a permanent state of certainty. But doubt is fertilized by abolishment efforts.

​(My bed of nails is portable.)

Doomed woodpecker with a taste for steel.

Where find the breakthrough?

I went from blind rage to blind drunk to unconscious. All my thought-tangents are like that.

The problem-person lives within the unimpeded no-problem state.

This state is not the person’s; it is not privately owned.

The person holds title to the artificial boundary between itself and the no-problem state.

It’s like trying to tell someone to “look outward” when their eyes are already doing that!

Vision spools forward at warp speed, the thought-net in its wake.

Blindness as refusal to see? Just see the refusal.

No, the personality is not helped. It is helped by not being helped. That which helps would not be truly helpful if it helped.

Death is unreal and significant to the living, real and irrelevant to the dead.

To those who are alive, absence is an idea; to everyone else, it’s everything.

This mind rejects what it “has” in a tantrum of awareness.